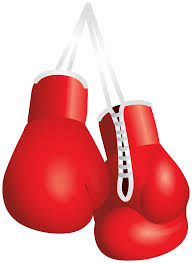 Ray’s heart was always with his wife, kids and grandchildren but his second love was always boxing.  He started as a boxer in his teens and continued into his late twenties then becoming a coach.  Ray fought for Fremont Wreckers and Maumee Boxing Gym.  He began coaching at Maumee Boxing Gym and moved with it when it became the East River Gym and was the head coach.  When the building closed the team traveled and trained at various gyms around Toledo, especially the Bull Pen Boxing Gym.  In 1998, Ray opened Glass City Boxing on Suder Avenue.

He enjoyed taking champion boxers from all over Toledo to the National Golden Gloves tournament of champions every year for twenty years.  Traveling all over the U.S., the bonding of the athletes over the weeklong tournament and the journey there and back were some of the most memorable moments in his life.  It created lifelong friendships for many boxers and a brotherhood!

His greatest joy was coaching his three sons Dallas, Dillon, and Devin, taking them to National Titles including the National Golden Gloves Championships, Silver Gloves Champions, Junior Olympic Champions and his greatest accomplishment was that Devin was ranked number one in the U.S. and became the team captain of the 2004 Olympic Boxing Team.  Coaching an Olympian was his dream and going to Athens, Greece, to watch Devin enter in the Olympic opening ceremonies was one of his most memorable moments.

If you knew Ray, you knew his pride & joy was his only daughter Disa, she was his princess and love spending the special time he had with her only son Brayson!!!!

In recent years, his favorite thing to do was to attend Central Catholic football games and he would tell you about HIS grandson the quarterback Bishop Vargas and up and coming Braiden Vargas.  One of the last things Ray wanted to do, was going to watch Bishop in the State Semifinals!

Some of Ray’s other accomplishments: commissioner in the WTLFL & The Whittier Jets, safety committeeman of the National Golden Gloves, and President of the Toledo Golden Gloves for over twenty years.

Family will receive friends at the Castillo Funeral Home 1757 Tremainsville Rd. Monday from 3 – 8 PM where funeral services will be held Tuesday at 11 AM followed by interment at Ottawa Hills Memorial Park. Memorial tributes may be made to the family via this website to offset expenses.

To send flowers to the family or plant a tree in memory of Ramon Vargas, Jr., please visit our floral store.