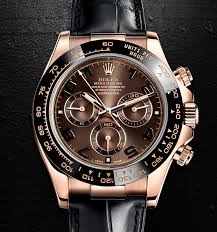 accomplished. He attended St. Adalbert's Elementary School and went on to

From there, he went on to start his career at Erie Construction at the bottom level

cities including Greensboro, NC and Lansing, MI, his beloved second

hometown. Once returning home to Toledo where his heart was, he used the

business and marketing knowledge he learned at Erie, and went on to be a

Michigan, then later acquired another agency, then merged both agencies

continue even though Brandon is no longer with us; he really enjoyed helping

others and treated his clients like family. Brandon also was an investor and

consultant behind the scenes on various other local business ventures as well.

Loving anything that had to do with the gathering of people, and he was a “more

people there was, the merrier it was” person. Brandon really loved hanging out

with friends and colleagues at various Fine Restaurants, especially his favorite,

The Mango Tree, and EVERY Tuesday was Family Wing Night at Buffalo Wild

Wings. He also loved music, lots of cars, karaoke, sports, and was an avid Sports Card and Memorabilia Collector also having an affinity for wristwatches,

especially the ones with diamonds.

Brandon was preceded in death by his Grandfather, Daniel Zdawczyk,

Fehr, Father Darrel D Zdawczyk and Uncle Dale Zdawczyk. He is survived by

Peterek(“Uncle Jim”) and special friends which he considered family, Edward

well as a bunch of Nieces, Nephews, and Cousins, all of whom he loved very

much. He also would like to thank his lots of clients that trusted him with them

and their families insurance needs.

Family will receive friends at the Castillo Funeral Home 1757 Tremainsville Rd. Sunday from 3-8 PM where funeral services will be held Monday at 10 AM. Instead of Flowers, please donate to the American Diabetes Association and the American Heart Association!

To send flowers to the family or plant a tree in memory of Brandon Michael Zdawczyk, please visit our floral store.