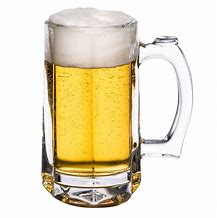 Jack Theodore Bloom, Sr., age 87, of Toledo, passed away peacefully on Tuesday, February 15th, 2022 with his loving family by his side. He was born March 20th, 1934 to Harry and Margaret (Buschman) Bloom.

Jack was inducted in the U.S. infantry on December 4th, 1956 and received honorable discharge. He then worked for the Nickel Plate Railroad for several years. Also he worked for Fred Christen & Sons Roofing company before retiring.

Jack was a member of the Bavarian Sports Club, while he also served as president of the Bavarian Benevolent Society.  All who knew Jack and his family knew their love for their German heritage. As he enjoyed many years making friends and memories at the German American Festival. At which he volunteered and donned his lederhosen with the D’Holzhackerbuam Schuhplattlers. Jack wore many hats from president to vice president over the years at the Buckeye Beer Chapter.  His knack for negotiating was seen in his extravagant beer collection.  In his home he was often found gardening in his yard on even the hottest days taking great pride in his produce and rare hostas. He also held membership to the American Hosta Society. Over the years Jack and his beloved wife Nancy shared many memories with family and friends from Toledo to Florida to weekends spent at their Hillsdale cottage. Jack’s sense of humor, quick wit, charismatic smile, and smirk will be truly missed.

Left to cherish his memory are his three children Lisa Horrell (Kevin), Jack (Wendy) Bloom, and Steven (Andrea) Bloom. Survived by grandchildren Jamie, Heather, Lauren, Lori, Kelsey, Kaylee, Tommy, Jordan, and Kyle and 7 great-grandchildren. In addition to his parents, he was preceded in death by his wife Nancy, brothers Donald and James. He has one surviving sister Mary Lou.

In lieu of flowers the family is requesting donations be sent to Ohio Living Home Health for the passion and care in his final days.

His family will receive friends at the Castillo Funeral Home 1757 Tremainsville Rd. Friday after 2 PM followed by a Celebration of Life Service at 4:30 PM and Army Funeral Honors.

To send flowers to the family or plant a tree in memory of Jack, please visit our floral store.