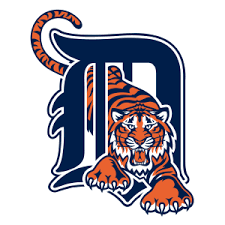 Jesse Lee Chavis passed away unexpectedly in Kalamazoo, MI on February 27, 2020 at the age of 36. He was born April 11, 1983 in Trenton, MI to Jack & Bobbie Jean (Newman) Chavis and attended Carlson High School in Gibraltar, MI.  He was pursuing a mechanical engineering at Kalamazoo Valley Community College and was looking forward to transferring to Western Michigan University to complete his degree.

Jesse previously worked in food production at JBS, landscaping, self-employed woodworker and most recently was the new manager at Dairy Queen.

He was devoted fan of the sports teams of Detroit; Red Wings, Lions and most importantly the Tigers and always be for the challenge to defend his teams.

Jesse was very outgoing and would always be willing to get involved and put his all into anything he tried.

His Family will receive friends at the Castillo Funeral Home 1757 Tremainsville Rd. Friday after 4 PM followed by a Celebration of Life Service at 7 PM. Memorial tributes may be made to his family to offset expenses via this website.

To send flowers to the family or plant a tree in memory of Jesse Lee Chavis, please visit our floral store.