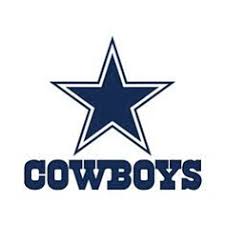 Kelly S. Alexander lost her long 20 plus year battle to Multiple Sclerosis on Saturday February 22, 2020 at the age of 50.. She was born in Toledo on June 16, 1969 to Kenneth E. Alexander and Charlotte L. (Mission) Alexander and graduated from Whitmer High School in 1987 with her cosmetology license.

She later became an STNA where she discovered her real passion was taking care of others. Kelly had been able to experience living in different places like Hawaii, Alaska and Louisiana before moving back home to Toledo. She was a diehard Dallas Cowboy and Keith Urban fan. She also loved watching her Hallmark channel.

Kelly is preceded in death by both of her parents Ken and Lonie Alexander. She is survived by her daughter Kayla (Korey)Price; granddaughter Kallie; brothers Ken (Mary) Alexander, Tim (Shannon) Alexander and Steve (Carol) Alexander; as well as many nieces and nephews who loved her dearly. The family would like to direct memorial tributes to the M.S. foundation in honor of Kelly.

Her family will receive friends at the Castillo Funeral Home 1757 Tremainsville Rd. Tuesday after 3 PM followed a Celebration of Life Service at 7:30 PM. Private inurnment will be held at a later date.

To send flowers to the family or plant a tree in memory of Kelly Sue Alexander, please visit our floral store.