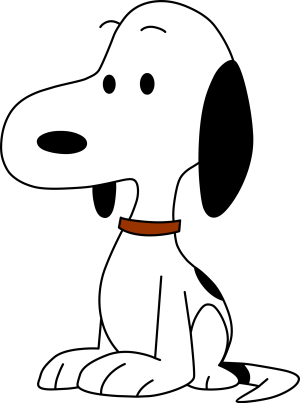 Maureen Ann Rufty passed away Tuseday February 22, 2022 in her home surrounded by her family at the age of 55. Maureen was born in Toledo, Ohio to Alexander Kelly & Suzanne Kelly.  Maureen attended and graduated from Notre Dame Academy in 1984.  While attending the University of Toledo in the College of Business she worked as a waitress for The Original Pancake House & later for Le Peep Restaurants where she met her Husband, Greg Rufty in September of 1987…they were married on June 24, 1988.  After a short move to New Jersey, Maureen & Greg moved back to NW Ohio, and she returned to the University of Toledo switching majors to Early Childhood Education where she achieved her Bachelor’s Degree in 1995 while working full time as a Floral Designer for Emery’s Flowers.  She began her career in teaching at St Martin De Porres within the Toledo Catholic Diocese as a Kindergarten Teacher, and later moved to Toledo Public Schools where she was a part of the opening staff of Washington Kindergarten Center.  While teaching full-time for TPS she earned her Masters Degree in Early Childhood Development in 2004.  During her 24+ year career with TPS as a Kindergarten Teacher she also taught at Rosa Parks, Spring, East Broadway, and her final home, Oakdale Elementary.  Along the way she met and worked with many wonderful staff members many of which she stayed in touch with through the years.  At Oakdale Elementary she developed relationships with this amazing staff & students that stood by her side as she fought her final battle with Cancer over the last 11 months.

Maureen lived and breathed for her family.  She was the calm in all of our storms, the light at the end of every tunnel, our cheerleader, our sounding board, the open minded one, and most of all the rock of our family.  Her interests were wide and varied from Snoopy to Sharks, from Princess Diana to Eddie Van Halen, from Beer or a glass of Chardonnay to Straight up Jameson Irish Whiskey, from Baseball to Apple Pie (oh my, her Apple Pie), from Harry Potter to Baby Yoda, and from Candles to her “Happy Place” on the coast of Maine.

A Celebration of Life for All Family & Friends will be held Sunday, February 27, 2022 from 3:00p-7:00p at a Private Venue in Perrysburg…parking will be at Hull Prairie Intermediate School, 25480 Hull Prairie Road, Perrysburg, Ohio where shuttles will transport to and from the venue.  Come when you can, leave when you are ready.

Maureen received 58 units of blood during the last 11 months of her battle with Cancer…In lieu of flowers or donations to charities please consider donating blood in her name & memory.

To send flowers to the family or plant a tree in memory of Maureen Ann (Kelly) Rufty, please visit our floral store.

You can still show your support by sending flowers directly to the family, or by planting a memorial tree in the memory of Maureen Ann (Kelly) Rufty
Share a memory
© 2022 Castillo Funeral Home & Cremation Services. All Rights Reserved. | Terms of Use | Privacy Policy | Accessibility