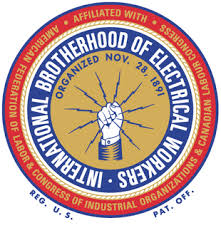 Michael McCormack, 64, formally from Toledo, Ohio, passed away on November 10th,2020, In Cincinnati, Ohio, after a short illness.

Michael was born on May 3rd, 1956 in Toledo, Ohio to George and Marlene McCormack. He attended Central Catholic High School graduating in 1974. After high school, he joined the Local 8 IBEW apprenticeship and “topped out” in 1979. He eventually opened his own electrical contracting company, McCormack Electric in 1988. After 10 years, he sold the company and continued to work in the electrical industry at various companies in the Toledo area and Cincinnati. Throughout his career he was an active member in the union, an instructor at the JATC and volunteered with the union in various capacities. He was very proud to be a Local 8 member and always enjoyed telling stories about past jobs and the friends he made along the way.

For Michael, above all else, family came first. He was fond of spending time with his family, especially his grandchildren. He enjoyed family cook outs, attending sporting events for his grandchildren, being the Cincinnati “tour guide”, and making others laugh with his goofy sense of humor and infectious laugh. During his time in Cincinnati, he loved to take his family around to local breweries, restaurants, sporting events, and local festivals.

Michael was preceded in death by his parents George and Marlene McCormack; his brother Jim McCormack; and his daughter Shannon McCormack. He is survived and will be greatly missed by his loving wife Debra McCormack; his children, Brandon (Summer), Michael, Brent (Molly), Tyler (Kati), Ryan (Kristin), Katie (Alex). His sister’s Deborah (Greg), Shari (Greg), Brothers, George (Lou Ann), John (Christine), and his many nieces, nephews, and grandchildren.

His family would like to extend a very special thank you to the wonderful staff at the Christ Hospital, In Cincinnati, Ohio. A celebration of life will be announced at a later date, due to COVID-19.

To send flowers to the family or plant a tree in memory of Michael McCormack, please visit our floral store.