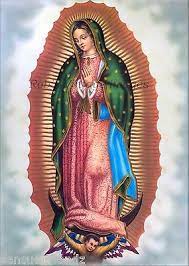 Mike was born in Caguas Puerto Rico to Irma and Angel M Fonseca in 1958. He was raised in Lorain Ohio and moved to South Toledo in 1969 and attended Jones Jr. High and Libbey High School.

He was an avid fisherman who loved being on the lake. Mike enjoyed BBQs and music with the Rodriquez & Herrera brothers and many friends. Mike enjoyed riding his Harley and tinkering with his ‘68 Chevy.

Puerto Rican Mike was never one to stay in one place very long, but he was always there when someone needed him.

Mike and Norma dated as teenagers and reunited in 1986 and were married in 1995.

Mike was proud of all his children.  He enjoyed his grandchildren, who always looked forward to the prizes he would bring home from the dollar store and candy that he would sneak them.

Mike’s family will receive friends at the Castillo Funeral Home 1757 Tremainsville Rd. Tuesday from 3 – 7 PM. Funeral Mass will be held Wednesday at 10:30 AM in SS Peter & Paul Catholic Church 738 S. St. Clair St. with interment at Resurrection Cemetery to follow.

To send flowers to the family or plant a tree in memory of Miguel, please visit our floral store.