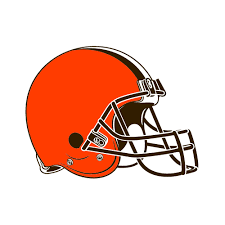 Richard Lee Bethel passed away unexpectedly Wednesday October 20, 2021 in his home at the age of 60. He was born June 14, 1961 in Fostoria, OH to Daniel and Linda (Cupp) Bethel. Richard Lee Bethel was a loving father, brother, and son. He loved his entire family, most importantly his daughter. He enjoyed watching his favorite football team the Browns and baseball team the Indians for nearly hours on end. Richard would do anything to help someone in need, whether it be opening his home to someone, or making his delicious food to feed anyone who needed it. Richard is preceded in death by his father Daniel and his wife Nadine. He is survived by his only daughter, Victoria Bethel, who is extremely proud of him for all he has accomplished in his life, and for being an incredibly loving and reliable father.He is also surived by his mother Linda of Findlay; siblings Ron (Jamie) Bethel, Kimberly (Ruthford) Dunbar-Greene, Bryan (Sharon) Bethel, Sean (Michelle) Bethel, Stephanie (Ming) Yu and Tim Bethel; as well as a myriad of nieces and nephews. Richard will be dearly missed by many friends and family.

Family will reciev friends at the Castillo Funeral Home 1757 Tremainsville Rd. Toledo, OH Tuesday from 2 – 7 PM where a prayer service will take place at 4 PM. Memorial tributes may be made at the funeral home to ALANON.

To send flowers to the family or plant a tree in memory of Richard, please visit our floral store.