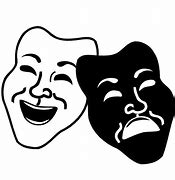 Growing up in Stony Ridge Ohio he developed his love of music, creativity, the arts and teaching. A member of St. John’s Lutheran Church, Rick not only attended Sunday School and Catechism class but went on to teach Catechism classes, work with the youth, create St. John’s Players, and be the church’s Choir Director for several decades. At Eastwood High School he was involved in the music and theater programs, was a member of the Choir, performed in the Musicals, and played sousaphone in the Marching Band. A Music Major at BGSU, Rick was a member of the BGSU Choir, toured with the Men’s Chorale, was active in BG’s opera productions, and was a teaching assistant for Dr. Richard D. Mathey.

As a performer Rick is best known for his signature portrayal of Tevye, in Fiddler on the Roof, and as Daddy Warbucks, in Annie. In these two roles Rick played polar opposites.  Whether rich or poor he captured the essence of these characters leaving those who saw him feeling the warmth he brought to everything he did.

Switching between these 2 roles proved to be a challenge.  Warbucks is completely bald and clean shaven. He would need time to prepare for Tevye’s bearded shaggy haired character!

There will be a Celebration of Rick’s life on Saturday September 24th, 11:00 am at Faith United Lutheran Church 4543 Douglas Road Toledo OH 43613, with lunch following the service. Please join Rick’s family and friends to honor and remember this wonderful man who used his many talents and generous heart to bring so much joy to so many.

In lieu of flowers, donations can be made to TheSeeingEye.org or Faith United Lutheran Church, Toledo, OH.

To send flowers to the family or plant a tree in memory of Richard Allen Hagg, please visit our floral store.