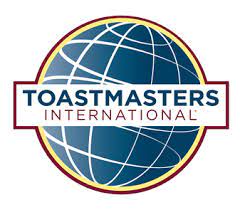 Stephen Robert Kozsey, 70, of McCormick, SC passed on October 29, 2021 at his home. Stephen was born on October 7, 1951 in Toledo, OH. Son of the late Ernest and Shirley Harrington Kozsey and predeceased by his brother, Paul Kozsey.

Steve worked for General Motors Powertrain Division for 33 years as a machine operator and set up man. He was the creator of the infinity box at Tony Packo’s restaurant and signed a famous Tony Packo's Bun. Steve was a member of Toastmasters earning multiple ribbons and awards. He was featured on YouTube with his ventriloquist doll Tumbleweed. Also an award honoree for his model design of the Oscar Bunch Powertrain Family Park.

Steve was always the life of the party and loved to make others laugh and do impressions. He had a love for music and comedy.

His family will receive friends at the Castillo Funeral Home 1757 Tremainsville Rd. on Sunday, November 21, 2021 after 11 AM followed by a Celebration of Life Service at 1 PM.

To send flowers to the family or plant a tree in memory of Stephen, please visit our floral store.