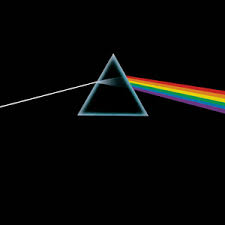 William Henry Tober, age 55. Resident of East Toledo completed his life on earth and began his next journey to eternity on March, 15 2021. Bill was born June 13, 1965 to William and Sally (Erdman) Tober.

Bill attended the Old Toledo Gospel Tabernacle and East Toledo Wesleyan Church. Growing up in the “05” he graduated in 1983 from Morrison Waite High School where he ran track and played football. After graduation he then joined the Coast Guard Reserves.

His next journey took him across country, by motorcycle, to Houston Texas. There he worked a variety of jobs and met a life long friend in Wesley Stilwell. The two shared their lives through the years with weddings, children, vacations and introducing him to Tony Packo’s hot dogs.

What can be said, his next adventure was joining the Merchant Marines. After hopping on the ships, Bill traveled around the world multiple times and visited over 30 different countries. While in Jerusalem, he was proud to put all family names on the praying wall. He always loved telling stories of his time traveling through the Panama Canal or swimming with a barracuda in the Caribbean.

After his traveling days were over, Bill returned to his hometown of Toledo. Bill then met Kelly Ritenour and daughters, Sarah and Lauryn. Bill and Kelly married in 1995. Joining the family a year later with first son, Daniel Erdman, and then joined two years later, Robert William, making Bill the proudest father ever. Kelly and Bill parted ways some years later, but they shared the love of two wonderful sons. Watching them mature into two fine young men.

In 1999 Bill joined Local 55 Iron Workers. He was pleased to be a part of Toledo’s structure. He always loved letting his family know which ones he helped build, with a big smile. The Ronald McDonald house and the new Jeep plant especially.

Bill loved more than ever to be with family and friends, sharing time, fun, and countless laughs. His love for Rock and Roll was endless, you could always find him jamming out to some good tunes. He was always sentimental and happy to move back to his childhood home on the East side, which his great grand parents had built.

Throughout his life Bill maintained several friendships that span all the way back to his Raymer elementary days. Notably, he remained best friends with Jim Dombroski and Bill Schomaker, who he’s known for over 50 years. Together they shared many football games, rock concerts, and many life adventures.

The last five years he shared with Lark (Lemon) Kennedy, some ups and downs and many many happy times.

A heart of many cousins

Last but certainly not least, his furry best friend and doggo Dally.

Friends and family may gather for a limited visitation (masks must be worn, 30 guests in the funeral home at a time, and social distancing will be observed inside facilities; please limit visiting to 10 min. or less so others may come in to pay their respects) Saturday after 2 PM followed by a Celebration Of Life Service at 4 PM.

To send flowers to the family or plant a tree in memory of William Henry Tober, please visit our floral store.